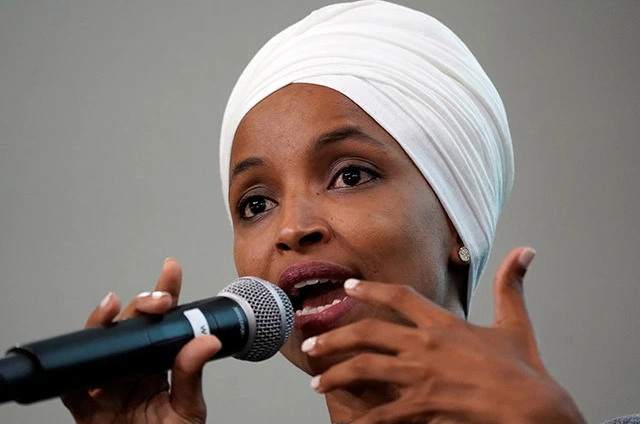 Muslim-American leaders from the around the U.S. gathered in Washington on Tuesday for a conference to make the case for democratic values.

Zarina Baber, vice president of the Muslim Caucus Education Collective, said the purpose of the group’s first conference, and the organization itself, is simple to articulate: “Our organization’s vision is to ensure that all communities, with a specific focus on Muslim communities, have access to democracy at all levels of government.”

You couldn’t go very far on the first day of the two-day conference without hearing about Minnesota or meeting or seeing someone from the state. Baber said that there were a large number of Minnesotans at the event not because it was Minnesota focused, but because Minnesota has set an example of what is possible nationally. Minnesota Attorney General Keith Ellison was in attendance, as was Rep. Ilhan Omar, who replaced Ellison in Congress in 2018.

“It’s more the historical context of being the first among the Muslim community to have run for office and win,” Baber said. “First it was Keith and Ilhan. And then he won as the first Muslim individual to hold a statewide office.”

“I talk a lot about the state, the wonderful state, that I represent. It’s a very cold state, but the people have warm hearts,” Omar said. “And you’ll see that we have a history of making history. And that is because we are in the business really in perfecting that more perfect union.”

Non-Muslim political leaders from Minnesota were in attendance as well. Ken Martin, the DFL Chair who spoke throughout the day, is on the advisory comittee of the Muslim Caucus. And St. Paul Congresswoman Betty McCollum received the inaugural Human Rights Champion Award.

“Together we will defend democracy,” McCollum said on stage. “I’m going to fight hard for your rights, because they’re my rights too.”

A central theme of the conference was “Phobia: Real and Present Danger in our Political Discourse.”

That might have been an allusion to, among others, President Donald Trump, who in 2016 called for a “total and complete shutdown of Muslims entering the United States.”

Trump has continued to use Islamophobic and racist rhetoric in recent weeks, writing that four American congresswomen of color should “go back” to where they came from and not stopping a rally in North Carolina where the crowd chanted “send her back” in reference to Omar. The president initially disavowed the crowd’s language, but then just a day later called the crowd American “patriots.”

During the same hour that Omar spoke at the conference, Trump tweeted about Omar, as well as Alexandria Ocasio-Cortez (D-NY), Ayana Pressley (D-MA), and Rashida Tlaib (D-MI), suggesting they are a “Nightmare for America!”

Leaders at the conference had different reactions to the president’s words, but most argued that although they needed to be acknowledged, they were a distraction from policy and moving forward as a country.

“When our president and his top officials engage in racist and Islamphobic attacks, that sends a signal to bigots throughout the country that this conduct is acceptable,” said Martin, the Minnesota DFL party chair.

“The rally in North Carolina wasn’t representative of the United States,” said Khizr Khan, the father of a slain U.S. soldier, who was belittled by Trump in 2016. “The rally in Minnesota when you came back was representative of the United States,” Khan told Omar directly on the stage, referring to the welcome Omar received on her return to Minnesota in the wake of Trump’s attacks.

In a panel called “Organizing In The Current Political Moment,” Ellison noted that the arguments made by Trump are not new.

“None of us can say that this is a shocking new development from the president and that it’s completely out of character. He’s doing what he’s been doing,” Ellison said. “We can also say that it’s really not out of character for American politics.” Ellison argued that Trump’s rhetoric  was just a small part of a long line of politicians using the Southern Strategy to organize white working class people “on the basis of grievance.”

Omar brought up recent history in Minnesota, when elected Republicans in the 2018 said Muslims are “infiltrating” the Republican Party. It’s this kind of fear mongering, Omar said, that pushed an interfaith group, ISAIAH, to rally together and get out the vote. That, she said, led to a world where someone like her could be elected.

“When we understand that our opportunities to build community rise from the most painful places,” she said, “then we are able to I think have the kinds of celebrations that we have in Minnesota.”

‘Minnesota is my home’

Democratic candidates for president were invited to speak at the conference, but few did. Initially, it was reported that no candidates would be speaking at the event, but in the end New York Mayor Bill de Blasio spoke in person and Elizabeth Warren (D-MA) spoke via livestream.

A handful of other candidates, including Sens. Amy Klobuchar, sent pre-recorded videos to the conference.

This seemed to make one of the points of the conference: Political institutions have done a bad job at engaging with Muslim and immigrant communities.

“We are going to have to get beyond that if we want to make sure that our country stays the course in and improves and makes sure that everybody feels at home,” Baber said. “Because this is our home. Minnesota is my home.”

In his panel, Ellison said he sees a lot of hope in the U.S. Muslim community, made up mostly of  African Americans, immigrants and children of immigrants. “We come together in one ummah in the United States, needing political power, needing a voice, needing to be able to move out, but not having a whole lot of experience on doing so,” he said. “But we have risen to the occasion.”

Earlier that day, his successor said exactly how she believes that needs to be done. Coalition building is one component. Another, she put in very few words: “When people tell you don’t belong,” Omar said to the crowd, “You make sure your presence is seen and heard.”