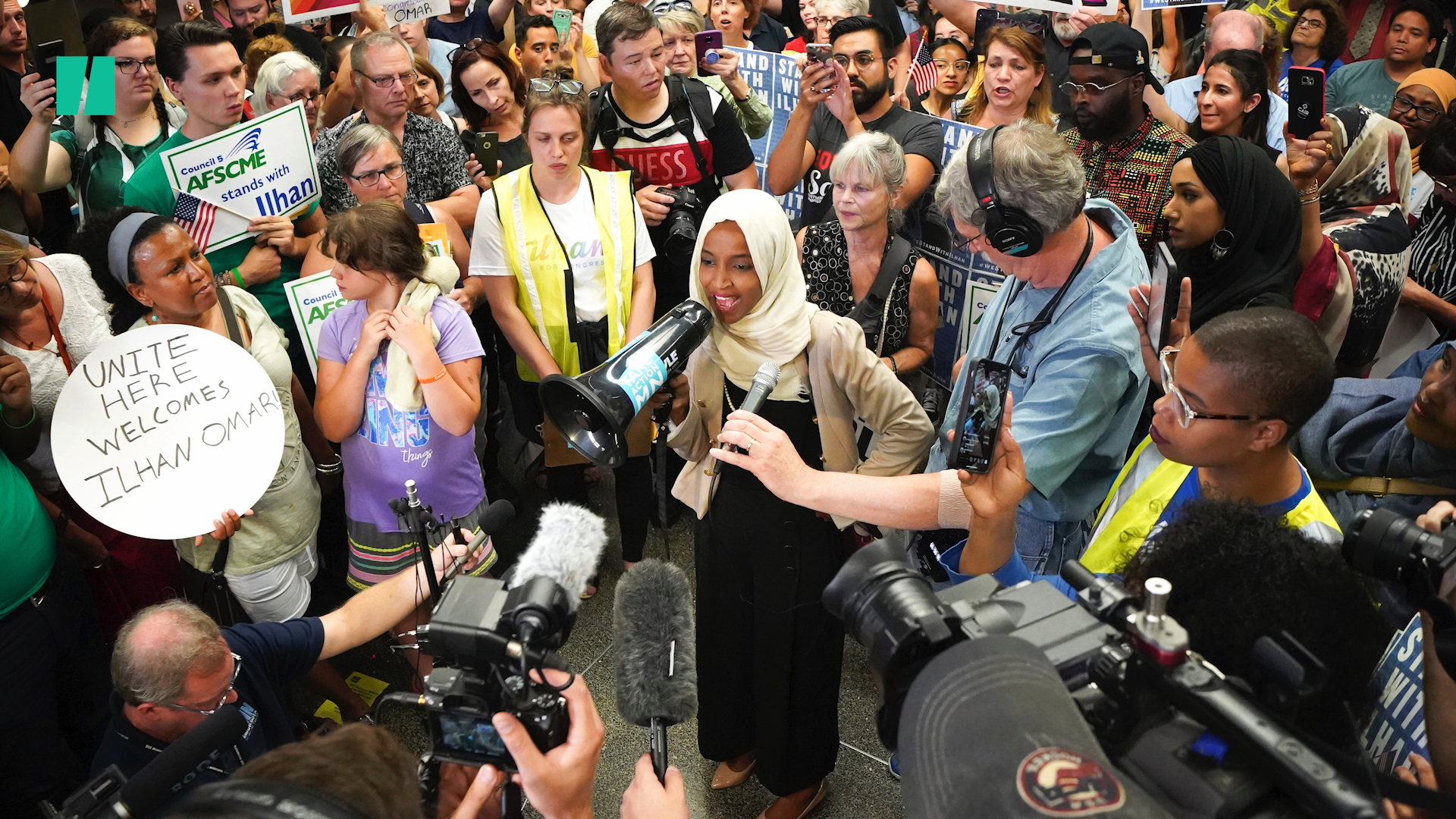 WASHINGTON — Rep. Ilhan Omar (D-Minn.) and other Muslim politicians are constantly being asked to condemn groups and issues that her non-Muslim colleagues are not asked to answer for, and she’s tired of it.

Speaking on the opening panel at the Muslim Collective for Equitable Democracy conference on Tuesday, the congresswoman took a question from Ani Zonneveld, founder of the Los Angeles-based group Muslims for Progressive Values. Zonneveld asked if Omar and Rashida Tlaib (D-Mich.) would come out and condemn female genital mutilation.

Omar, who has previously voted for numerous bills against FGM both on the state and federal levels, immediately called the question “appalling.”

“How often should I make a schedule like this? This needs to be on repeat every five minutes. Should I do that?” she asked Zonneveld.

Last week, President Donald Trump falsely accused Omar of praising the terrorist group al Qaeda. Omar responded by saying she would not “dignify” the lie with a response, adding that “it is beyond time to ask Muslims to condemn terrorists. We are no longer going to allow the dignification of such a ridiculous statement.”

The room at Tuesday’s panel, filled with approximately 100 people attending this historic gathering of American Muslims in politics, applauded Omar’s response to Zonneveld.

But Omar, who sported a gray dress and a white hijab, was not finished.

“I am quite disgusted, really, to be honest, that as Muslim legislators we are constantly being asked to waste our time speaking to issues that other people are not asked to speak to,” she continued, noting the assumption that Muslims “somehow support” these issues.

“So I want to make sure that the next time someone is in an audience and is looking at me, and Rashida and Abdul and Sam, that they asked us the proper questions that they will probably ask any member of Congress.”

Tlaib, who was scheduled to speak, was not present. Abdul El-Sayed, who ran in Michigan’s 2018 Democratic gubernatorial primary, and Sam Rasoul, one of two Muslim members of the Virginia General Assembly, sat alongside Omar on the panel. Other panelists included Khizr Khan, the father of a Muslim American war hero killed in Iraq and the man who famously held up the Constitution at the 2016 Democratic National Convention, and Ken Martin, the chairman of the Minnesota Democratic-Farmer-Labor Party.

Omar’s comments came just an hour after Trump made his latest Twitter attack against Omar and three other freshmen congresswomen, calling the Minnesota lawmaker “an America hating anti-Semite.” Trump is scheduled to speak the same day at the Turning Point USA summit, a nationwide conservative organization of student Republicans riddled with bigotry and white supremacy, just a few miles away in D.C. Earlier Tuesday at the summit, Eric Thomas Bolling, a former Fox News host who was fired after a sexual harassment probe, bashed Omar.

“A Somali refugee coming over here and becoming a member of Congress, to complain about the system, that’s just hypocrisy to me,” Bolling told the crowd.

For the last few years, Muslim American candidates have reported a rise in smear campaigns and anti-Muslim bigotry used against them as they run for public office. The most common tactic was falsely accusing Muslim candidates of having ties to terrorism and extremism, according to research by the Information Disorder Lab at the Harvard Kennedy School’s Shorenstein Center on Media, Politics and Public Policy.