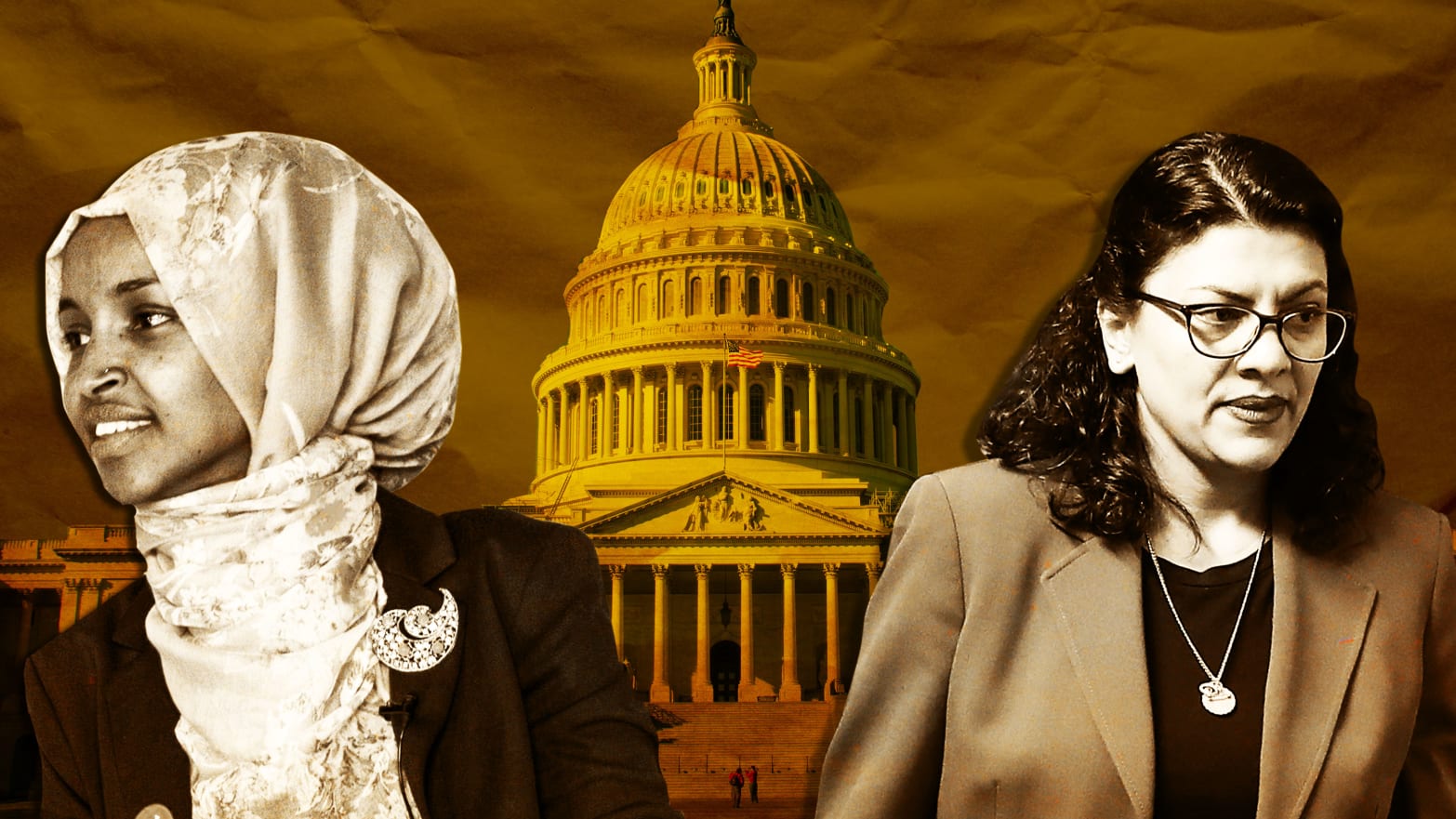 WASHINGTON—I spent Tuesday not far from the White House surrounded by Donald Trump’s worst nightmare: a room full of mostly black and brown Muslims intending to run for office or help others do so.

If Trump is triggered daily by the presence of just two new female members of Congress, Reps. Ilhan Omar (D-MN and Rashida Tlaib (D-MI), just wait until he hears what these Muslim activists have in store.

Tuesday was the kick-off of a two-day conference, organized by the nonprofit Muslim Caucus Education Collective, the first ever national gathering of many of the best-known Muslim-American elected officials and activists joining to better hone their political skills.

As a Muslim myself, it was inspiring to see this remarkable cross-section of over 150 Muslims of varying races and ethnicity united in the name of activism. But even here, there was no escaping the man the group had gathered in part to defeat.

In the midst of the first panel of the day, featuring Omar, Trump took to Twitter to again slam her as “America hating.” Later, Trump attacked Tlaib–who was scheduled to attend but whose flight was delayed—as “a crazed lunatic” who is “not a sane person” while speaking before a crowd of teenage Trump fans.

Given Trump’s attacks on Muslims—from his call for a total Muslim ban to today’s attacks on Omar and Tlaib—it’s no surprise that numerous attendees said they feel more under threat today than they did in the months after 9/11. Sabina Taj, who was recently elected to the Howard County school board in Maryland, summed up the concerns many there had when she explained she's “terrified” for Rep. Omar given Trump’s continual demonization to the point where she “checks her [Twitter] account every day to see if Omar is still alive.”

As Khizr Khan, the Gold Star father who shot to fame after his emotional speech at the 2016 Democratic National Convention, told me at the event, where he was a featured speaker, Trump is a “divider and a hater” who doesn’t embrace American values. As proof, Khan pointed to Trump’s recent rally where he stood silent for 13 seconds as his supporters despicably chanted: “Send her back!”

Just about every attendee I spoke to came back to the threat Trump poses to our nation and especially to communities of color. Keith Ellison, the current Minnesota attorney general and former member of Congress, spoke for many there when he warned that defeating Trump will be far easier than defeating Trumpism.

“A fatal error would be thinking we just get rid of Trump and we will be fine,” he said, noting this president did not create the use of racism to at once ignite the party base at the same time that it “demobilizes” and “paralyzes” the impacted community. Trump’s base isn’t large enough to win, said Ellison, so he hopes “to chase us back into the mosque.”

Part of what Trump does by demonizing the members of the Squad is send a message to people in their communities: if you get involved in politics, you too will suffer presidential taunts, Trumpist chants, death threats and maybe worse.

The conference was also billed as a presidential forum, but there was limited success on that front. New York City Mayor Bill de Blasio attended Tuesday, where he answered a slew of questions on everything from mass incarceration to reparations to the BDS movement—which de Blasio made clear he opposed, but still he “respects” people’s right to freedom of expression. ( A very political answer as he navigated a tight rope in front of crowd that features some active in BDS.)

On Wednesday, Liz Warren is scheduled to join by teleconference and Bernie Sanders has made a video to play for the event. Organizers explained that there’s still a chance one or two others will join via video. While they told me they were happy with the response of the 2020 Democrats, given Trump’s drumbeat of attacks on the Muslim community, I had hoped for much more support.

So what is the antidote for Trumpism? Political participation and civic engagement are key; the more Muslim Americans who run for office, and who serve in office, the more of a nightmare things are for Trump and those who share his bigoted, un-American mindset. And that alone makes it worth a shot.